Samsung unveiled a couple of new phones at the “Galaxy Unpacked March” event held today. Among them is the new Galaxy A72 which is set to launch in Nepal pretty soon too. Let’s learn more about the specs, features, expected price in Nepal, and availability of the Samsung Galaxy A72.

With the rise in popularity of 5G smartphones, OEMs are rushing in to incorporate the tech into their products. Here, Samsung was expected to announce the 5G variant of the Galaxy A72 as well but the company didn’t unveil it during today’s event. Still, we expect Samsung to announce the A72 5G shortly, which will likely be powered by Snapdragon 750G.

Just like the Galaxy A52, this phone sees a design overhaul as well. Gone are the glossy reflective back panel and the L-shaped camera layout. Samsung has replaced them with a matte finish and a Galaxy S21-liked camera module. The color choices get softer options this time around too. Available in either Awesome – Black, Blue, White, Violet, their pastel hue looks quite pleasing to the eyes. 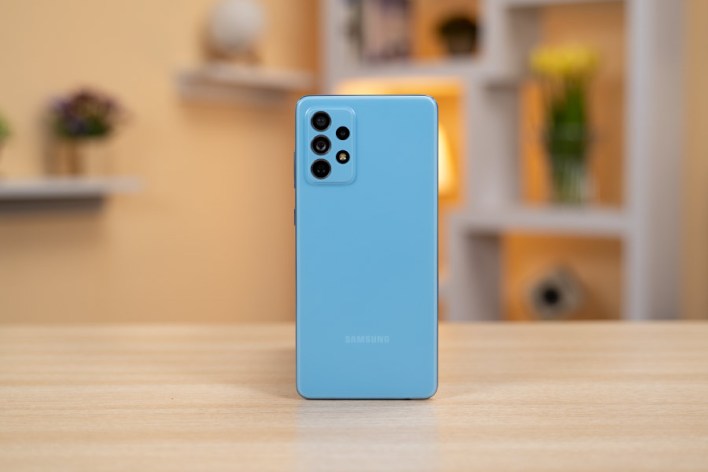 Additionally, Samsung is also throwing in IP67 dust/water resistance on the Galaxy A72. That means this phone can withstand full immersion in up to 1 meter of water for 30 minutes, while also being immune to dust & dirt. In the process of adding waterproof coatings (and a bigger battery that I’ll talk about in just a bit), the phone is slightly heavier than its predecessor (203 gm > 179 gm).

On to the display, you get a big 6.7” FHD+ Super AMOLED panel with a 90Hz refresh rate. Yeah, Samsung is finally catching up to the high refresh rate trend in mid-range and premium mid-range smartphones. Although we expected to see a 120Hz screen, the noticeable bump to 90Hz is a welcome move regardless. But unlike variable refresh rate (VRR) technology found in Samsung’s high-end or even mid-range phones from companies like POCO, this display is stuck at either 60Hz or 90Hz mode.

Besides the size, Galaxy A72’s screen shares every other feature with the A52. It enjoys up to 800 nits of brightness under HBM (High Brightness Mode) and is SGS certified against harmful blue light emission as well. It is also Widevine L1 certified meaning you can watch HD content from Netflix, Amazon Prime Video, and other streaming services.

While Samsung’s premium mid-range phones have delivered on aspects like design, display, and camera, they have historically lagged in the performance department. And seeing this trend continue with the A72 is a little disheartening. Here, the company has opted for the rather lackluster Snapdragon 720G chipset. Samsung earned might praise for including its the-then flagship-grade chipset Exynos 9825 in the recent Galaxy F62. But the inclusion of 720G on a relatively expensive phone just doesn’t make sense.

Anyway, complementing the chipset is either 6/8GB of LPDDR4X RAM and up to 256GB of internal storage. The phone also accepts an external micro SD card of up to 1TB. On the software side of things, Galaxy A72 runs on Samsung’s latest One UI 3.1 based on Android 11. Additionally, it will also receive up to 3 generations of OS and 4 years of security upgrades.

Moving on, Samsung has brought a decent camera upgrade on this phone. From the OIS (Optical Image Stabilization)-enabled primary sensor to a telephoto zoom lens, it looks like an objectively better camera phone compared to its predecessor—at least on paper.

A72’s quad-camera setup consists of a 64MP f/1.8 primary lens with OIS, a 12MP f/2.2 ultrawide sensor with 123º FOV, an 8MP f/2.4 telephoto lens with 3x optical zoom, and a 5MP f/2.4 sensor for macro photography. On the front, the 32MP f/2.2 selfie shooter has remained unchanged. In terms of videos, Galaxy A72 can shoot up to 4K/30fps footage from the rear and front camera, although the latter lacks stabilization.

The 3x optical and 30x digital zoom capable telephoto lens also supports OIS which sounds pretty promising. While it is void of the “Director’s View” mode that Samsung introduced in the Galaxy S21 series, the phone does come with a couple of fun shooting profiles like Single Take, Super Slo-Mo, Panorama Mode, Night Mode, Fun Mode (developed in collaboration with Snapchat and exclusive to Samsung phones), etc.

Coming from the Galaxy A71, Samsung has bumped the battery capacity too. It gets its power from a big 5000mAh battery which supports 25W fast charging. While that pales in comparison to the 7000mAh cell found in Samsung’s Galaxy F62, you should get at least a day’s worth of endurance. 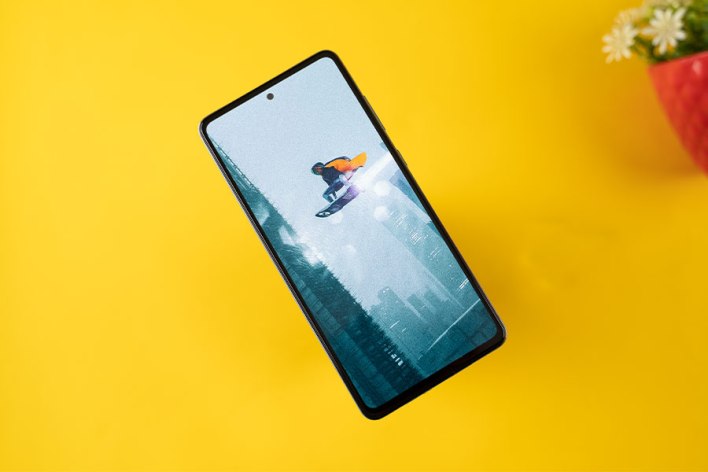 The company is claiming it as a “Two-day battery life” phone but we’ll be the judge of that. Other features of the A72 include a Dolby Atmos-compliant stereo speaker setup, Knox security, Music Share, Buds Together, etc.

How to Compare Two or More Array Values in PHP

What Does CBD for Pets Do?