DDR5 memory products will hit the market later this year 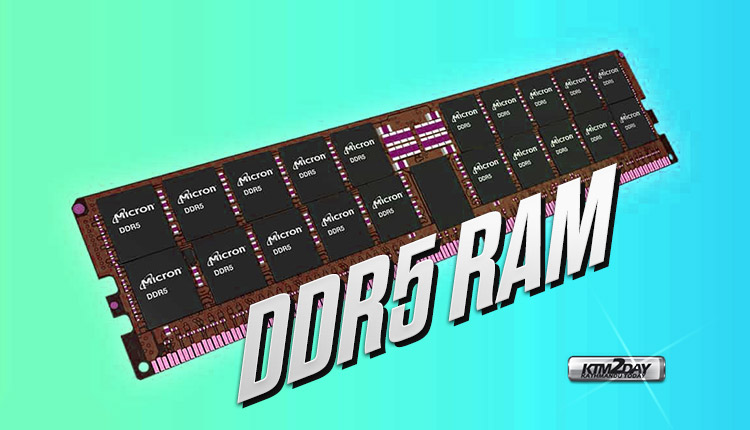 The fifth iteration of DDR technology, known as DDR5,will hit the market later this year, and all major memory product manufacturers are already showing their advancements in this regard. Corsair is no exception, and just today it posted on its blog a preview of its upcoming DDR5 memory products and what they will put on the table when the time comes.

For starters, the company has released data on the first DDR5 RAM modules they will launch on the market, at a speed of 6,400 MHz which will be, so to speak, the standard speed we’ll see when this generation finally hits the market. At such a rate, memory can reach a bandwidth of 51 GB/s,almost double the 26 GB/s that ddr4 RAM reaches at 3,200 Mhz today.

Another point Corsair has written about regarding their DDR5 memory is the capacity they will offer with a single memory DIMM module. With DDR4, the company has manufactured memory modules of up to 32 GB of capacity nothing more, but with DDR5 the company has said that it intends to multiply this by four and get up to 128 GB of memory in a single module.

Another great point of interest of this new generation of RAM memory, which we will have already at our disposal at the end of this year, is the power necessary for its operation; the DDR4 standard requires 1.2 volts to operate, while the JEDEC specification says that DDR5 needs as little as 1.1 volts,resulting in lower consumption and lower temperature operation, so in many cases not even heat sinks will be needed in high-performance memories.

Of course, the DDR5 standard needs a new platform to work; currently only Intel’s Alder Lake-S platform will be ready for DDR5 by the end of this year, which will be when the standard becomes available to consumers, but AMD will soon announce its counterpart that it will also use this new generation RAM.

SK Hynix, another popular manufacturer from South Korea has also confirmed that it intends to begin mass production of this memory in the current half of the year. DDR5 memory will be used by several next generation platforms from Intel and AMD.

According to SK Hynix, DDR5 memory more than doubles DDR4 memory bandwidth, while the jump from DDR3 to DDR4 in 2013 saw a 33% increase in bandwidth.