Honor has made official its new premium tablet with 5G, the Honor Pad V7 Pro, a powerful tablet with a screen with 120 Hz refresh rate.

Honor V7 Pro arrives with an 11-inch-sized LCD display, with a resolution of 2,560 x 1,600 pixels and a refresh rate of 120 Hz. This makes it possible for users to play with the tablet with a seamless experience, which makes it ideal for consuming multimedia content, as well as work or play, thanks to being able to have several apps open. The device is powered by Mediatek’s newest chipset tailored for 2-in-1’s, laptops and other novel form factors that are ideal for office use, streaming entertainment, online education, games, photography, filmmaking and much more.The Company 1300T chipset provides immense performance and incredible 5G connected experiences, all from a tiny 6nm chip. On the rear, it has a dual camera setup of 13 MP main sensor and a 2 MP macro sensor accompanied by LED flash. The camera supports several features such as Smiley Face capture, Voice activated photography, Face Recognition, Skin Photography and manual HDR modes. This Honor V7 Pro arrives with support for the Magic-Pencil 2, the stylus of the Chinese brand. This stylus is designed to get more out of the tablet, being able to use it to write, take notes, make drawings or move elements on the screen.

The Magic Pencil 2 stylus comes with 4096 pressure points and 8ms latency. The tablet also has a magnetic keyboard case with a built-in trackpad and stylus holster. 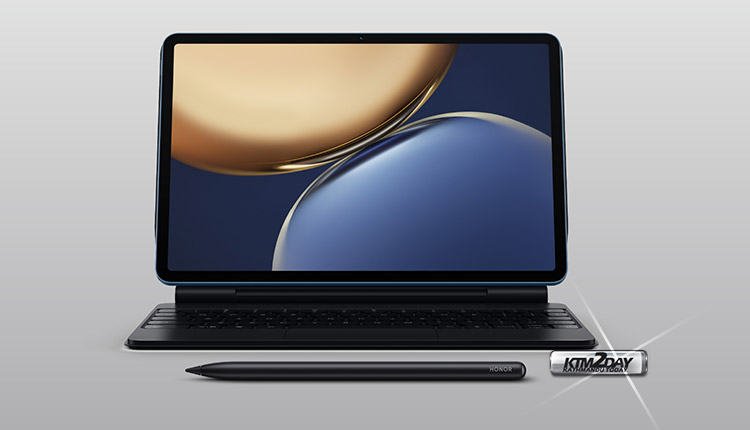 The Honor V7 Pro can be officially booked in China now, with no data at the moment on its international launch. It is launched in yellow gold, blue and silver colors. This tablet is available in several combinations of RAM and storage, whose prices are as follows: