Apple Inc. created a revolution of sorts in 2007 when it unveiled the original iPhone in 2007! Technology had the world in its firm grip like never before and every bit of information about gadgets was lapped up by a global audience hungry for more. In an instant sweep, the iPhone nearly made obsolete every other smartphone and had competitors scrambling to bring in innovations in their own products. The iPhone 3G and 3GS mainstream mobile prices dropped and the iPhone 4 and 4s brought Retina and Siri to us. Apple later brought in a faster and taller smartphone, the iPhone 5; the iPhone 5c and iPhone 5s put the future in our hands literally! The iPhone 6 series was fitted with new hardware and introduced a newer, more sensitive way of smartphone interaction with 3D touch.

Apple’s goal of gaining monopoly over the mobile phone and smartphone market has been achieved, although with a few pitfalls and some corporate battles involving patents and designs with competitors. But the sheer symmetry and functionality of an iPhone is unmatched and the millions of happy users testify to this undisputed fact. With every new design and improved versatility and performance, Apple is making more people buy phones faster. An iPhone as a first mobile instrument is a proud achievement for thousands globally.

In recent news, Apple is unlikely to make any major changes in design for its next iPhone product. Corporate announcement had it that the tech giant is breaking away from the pattern of overhauling the iPhone design every two years; only subtle changes are in store for the fall release of its latest model. Confirmed reports from analysts say that the new phones will keep the 4.7 inch and 5.5 inch displays, a throwback to the larger-display models introduced by the company in 2014.

The iPhones have not been without their share of controversy and downside. The 16GB capacity of the iPhones have come in for a lot of criticism from users who feel it’s nothing short of a scam as nearly 7GB is taken up for software and apps. Not allowing users to delete custom apps didn’t help Apple’s image either. Looks like the company has noted the feedback from loyal customers and is abandoning the smaller capacity devices; the upcoming iPhone 7 range will begin with 32GB storage levels.

The lack of storage has been the single most grouse of customers and Apple is ensuring that this issue is addressed at the earliest. In all probability it is highly likely that the Apple iOS software will outgrow 16 GB and hence producing phones with this capacity will not enhance the Apple corporate brand and image. In all probability the 64GB option will also be shelved and future devices may offer 128GB or even 256GB! This fact makes a lot of sense in the light of the fact that the company is considering buying high-capacity flash for its iPad Pro.

Taking Fiber Deep Into the Network: Guaranteed Performance Quality Does Not Have to Cost You 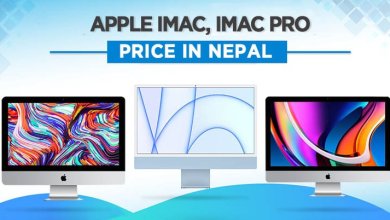