Janes Solutions is a multinational company in Nepal. The company has been providing services in various countries including Nepal. Janes Cloud is also the official distributor of Amazon Web Services (AWS) for Nepal.

What is Janes Cloud Academy in this regard? How much is the fee? Janes Solutions’ Global Chief Operating Officer (CTO) on why it is needed Anjani PhunyalWith ICT News Sneha JhaConversation with:

Many know you as a company working in the Janes Cloud. How do you identify your company, what does Janus do?

These include the UK, Nepal, India, Pakistan, Australia and Bangladesh. Janus Cloud is particularly focused on South Asia.

Janice Cloud has played a huge role in bringing cloud based companies like Google and Zoom to Nepal. Janus is also a leading company in supporting digital transformation.

For the first time, Janes is running an AWS Cloud Academy course in collaboration with SIP and UKAID. Why is this course necessary?

As Janus was the first company to register under such a title, the market scenario at that time was not favorable for us. Even though the company was registered, it was found that there was a severe shortage of human resources to take the company forward. 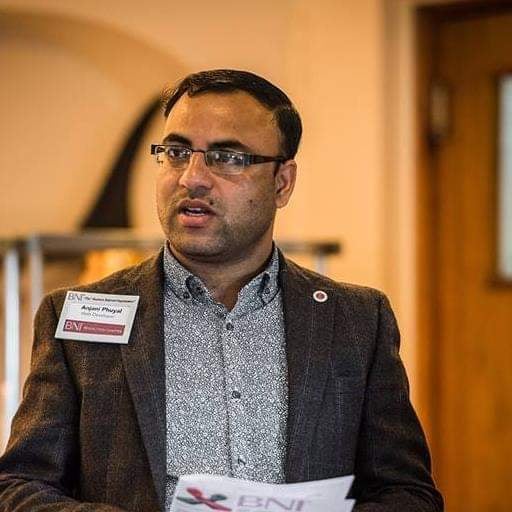 That’s why we mobilized human resources through our own trainings. But since the manpower did not support us till later, we started the AWS Cloud Academy course after we felt that we should open an academy.

We learned about a program called UKAID SIP’s Challenge Fund when Janes felt she needed to spread herself across the country.

As UKAID SIP will support private projects under the same program, we are now operating offices in four cities including Kathmandu, Pokhara, Birgunj, Butwal and expanding the services of the academy in Province No. 2, Bagmati, Gandaki and Lumbini.

How is cooperation with IOE possible? How is it operating?

Amazon had two programs, one of which was the Amazon Educate program, a business course. From this you can learn cloud without being affiliated with any organization.

Initially, the Amazon Education Program was not official in Nepal and no company could be onboard for it. Amazon Educate helps make learning easier for both students and teachers.

It also allows you to test what you have read in an experimental way. Students get to experience the lab. Janus Cloud was the first to help make Amazon Educate official for Nepal.

When we got information from Amazon, more than 7,000 students in Nepal have already joined Amazon Educate. Nepal has been found to be in the forefront of education in the world.

Since such projects will further bridge the gap between academia and industry, Janes has teamed up with Amazon to bring Amazon Academy. After that, Janus took the initiative to unboard the Amazon Academy in Nepal with IOE and after working with a reputed organization, the reputation of Amazon Academy is also expected to increase.

The IOE officially applied for the Amazon Academy as it would also reduce the resource gap, and now that it has been approved, we have moved on to the launch program.

What kind of students can study in it? What is the fee, how much should be paid?

Must read undergraduate level nine credit subjects. The academy course will be included in the same fee as the students who came to study at IOE.

This will allow students to get a local IOE degree and study in an internationally known syllabus.

It will also lead to a slew of Amazon certification degrees. Students will only have to pay an additional fee if they obtain a certificate. Students at Amazon Cloud Academy will be able to get it at a great discount, even if it costs डलर 150 outside certification.

As we move forward on the initiative of Janes and UKAID, we have also arranged scholarships for many students in Pulchowk.

We will then target colleges under Eastern University. Following the success of these universities, we plan to collaborate with KU and other new universities.

How do you feel about collaborating with UKAID SIP? Can this collaboration transform Nepal’s education?

UKAID SIP’s Challenge Fund is part of the Public Private Partnership model and is therefore funded. We can expand our program using the same funds. 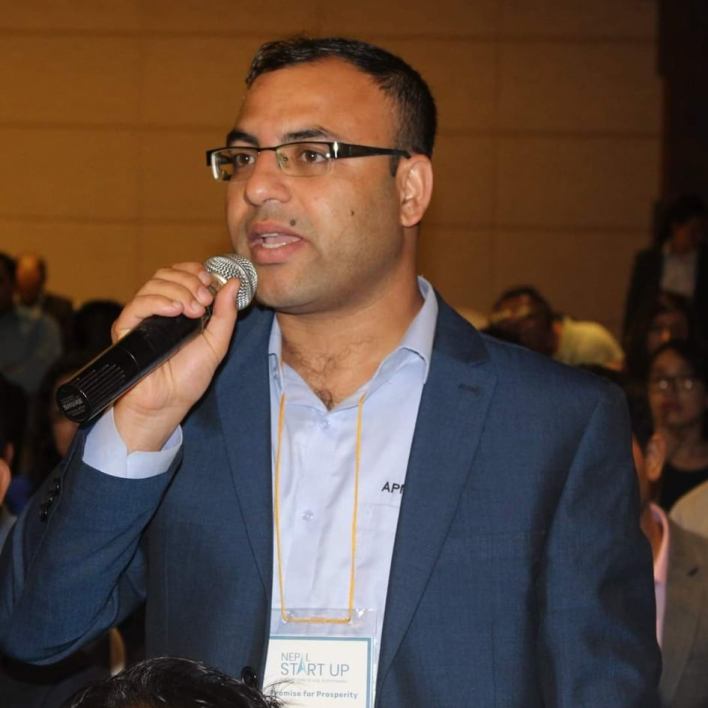 UKAID SIP has helped us move forward with the Amazon Cloud Academy initiative. Financially, we have certainly received assistance. But there are other ways in which UKAID SIP has helped. In the province of Lumbini, UKAID SIP itself arranged meetings with the planning committee, which made it easier for us to work locally.

We also got a lot of help from UKAID SIP to interact in Province 2. They made it very easy to cooperate with government bodies. Without SIP, it would have been difficult or it would have taken a long time to reach where we are now in a year and a half.

If UKAID SIP continues to work in this way, we will be able to enroll 8,000 to 10,000 students from Nepal in the Amazon Cloud Academy.

What will be the special public event on June 1? Who will be able to participate?

The June 1 event is a multi-stakeholder event. It has the support of Amazon Cloud, UK Aid SIP, IOE, FCDO. Private and government organizations are eagerly coming forward for this event. The program will talk about SIP.

Then there will be a panel discussion, in which celebrities from various industries will come and put forward their views. After that, the public program will be conducted officially.

Let’s talk about cloud technology for a moment. What exactly is cloud technology? There are many data centers in Nepal now. They are also providing cloud service, what is the difference in your service?

Without cloud technology now, we could only use video conferencing with a tower in our own home and hosting it ourselves. But thanks to cloud technology, we can easily use apps like Zoom.

Cloud technology outsourcing. All the hard work you need to do to create technology is controlled by the cloud provider. Cloud technology has played a huge role in removing and managing all server problems.

Simply put, renting hardware and storage from someone is more of a cloud than managing your own hardware. The characteristic of the cloud is elasticity. If you need a server today you can get one, 500 if you need 500 and thousands if you need a thousand.

This is especially true of prepaid models. Only if it has all these features can it be public cloud. There are not many public clouds in the world. Other data centers in Nepal do not have automatic provision. And, all of this has helped make us a little bit different.

Government web and applications have to be kept in data centers within the country. Why don’t government agencies want to take services including AWS?

The rules regarding data classification in Nepal are not clear. The existing rules are also very vague. There is a lot of misconception that whether or not data is secure, other countries affect sovereignty because of our data.

Even a very security-conscious organization like the Pentagon has gone into the cloud. Microsoft and Amazon are competing for his आई 10 billion project called ZI.

NASA also uses the Amazon Cloud service when landing a rover. We are in a very primitive phase. The government of Nepal has neither power of citizen app, nor power of licensing service nor CCMC.

Everything is said to have happened in the government cloud. But I don’t think that’s what cloud computing is all about. Data classification should be done very clearly. Policy rules should be brought accordingly. It is better for the government to outsource to outsourcing to cloud companies.

What is Nepal’s IT policy and Digital Nepal framework like? Is it easy to promote IT industry in Nepal or do you see any problem?

Digital Nepal Framework is a very good concept. I found it to be very well made. I found that it was very large and tried to cover many layers.

But I found there to be a challenge in the sense that the Government of Nepal is preparing to implement it. Implementation is a very important aspect.

Finally, would you like to give a message about the Cloud Academy course going public? 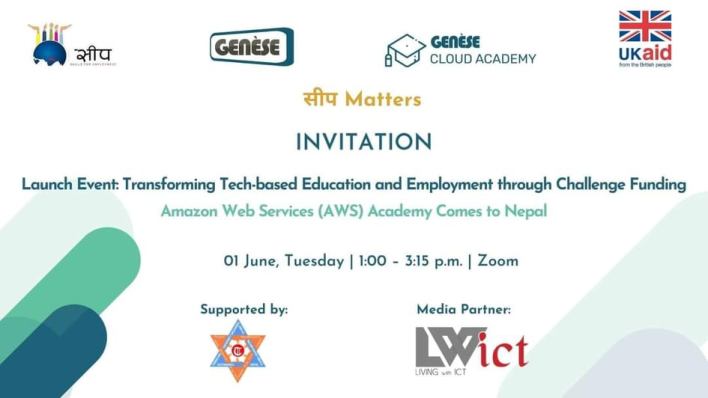 They themselves showed great interest in the event and as Amazon itself is a multinational company, we have come to this event despite some obstacles along the way.

This program is the result of multi-trust. I hope this proves to be a milestone for Nepali students. Because now only Nepali university students have this opportunity.

It internationalizes their level. I hope that Nepal will be known as the land of technology like IoT, machine learning, AR, VR in the coming days. 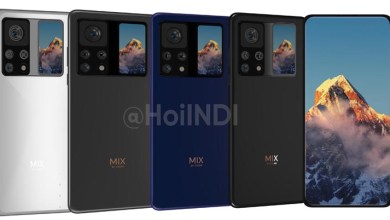 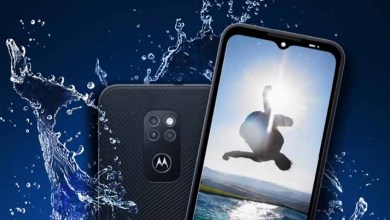