The BMW 5 Series was the first model to introduce the controversial ‘flame’ design which split opinion. However we have always been fans so we were keen to see if the latest design would also hit the spot. We think that BMW has got it right again with a dynamic and thoroughly contemporary design which keeps the 5 bang up to date.

In the driving stakes BMW has kept the trademark 50:50 weight distribution, which along with the front-engined, rear-wheel drive layout, makes the 5 Series more agile than rivals. There’s also no reason to expect anything other than the excellent build quality that we’ve become used to.

The latest 5 Series is evolutionary rather than revolutionary but when you’re starting so close to perfection that isn’t necessarily a bad thing. The 520d ED delivers strong real world performance whilst achieving fuel economy that shames many city cars. With a brilliant blend of quality, style, performance and driving entertainment, it remains our favourite executive car.

It wasn’t too long ago that Mercedes struggled to get into this guide but with a new range of super hi-tech engines that is all about to change. Mercedes may have been the slowest of the German manufacturers to bring fuel-efficient models to market, but the results are impressive.

Gone are the days when you could tell how big a Mercedes engine is just from looking at the badge. As a case in point, both the E200d and E220d share the same 2.0 litre engine. They even have the same compression ratio (an impressively high 15.5:1 since you ask) so the difference in power is more to do with engine management than old school engineering.

Either engine is more than up to the job of providing decent pace and given that they achieve the same official fuel consumption the choice is likely to come down to budget. It is worth noting that you need to stick to the standard 17 inch wheels to get the best efficiency with larger rims resulting in a hefty penalty (up to 10 gCO2/km).

To keep the E-Class ahead of the competition the standard fit automatic gearbox now packs 9 ratios which goes some way to explaining the excellent official fuel consumption figures. Left to its own devices it will shuffle up into the highest gear possible but you can take control of affairs if you want to press on thanks to ‘Dynamic Select’ which provides ECO, Comfort, Sport, Sport+ and a mix and match setting.

The latest E-Class takes the best aspects of the previous model but adds state-of-the-art engines and a contemporary interior to keep it feeling fresh. The exec Mercedes has always lagged behind the 5 Series and XF in the driving stakes but it is now closer than ever which means that there is no longer a default option. Which one you pick will come down to personal taste as they all represent executive saloons at the top of their game.

The renaissance of Jaguar has been one of the most surprising stories of recent years. In 2008 Tata bought the brand from Ford, who never quite got to grips with what to do with Jag, and made two very important decisions; Jaguar needed investment, and Tata put plenty of cash on the table, but crucially it didn’t need management interference.

The XF is the latest confirmation that Tata was absolutely right. Jaguar never forgot how to build contemporary executive saloons, it just wasn’t allowed to. The XF takes the fight to the BMW 5 Series, Audi A6, and Mercedes E-Class head on and is all the better for it.

Jaguar has invested heavily in integrating aluminium into its production models with fantastic results. The latest XF is significantly lighter than the competition and is just 4% heavier than the smaller XE. Such a radical weight loss diet gets a big thumbs up from us as it benefits fuel consumption, handling and performance.

Alongside the advanced construction materials the XF also boast a brand new ‘Ingenium’ engine which finally provides Jaguar with a world class diesel engine. It also contributes to the weight loss thanks to yet more aluminium and its compact size. At the same time it is capable of producing impressive power and torque figures which imbue the Jag with sprightly performance.

There has never been much wrong with the way that the XF drives or looks, but it has never had a really efficient engine. With this issue now firmly addressed the combination of excellent official fuel economy, engaging dynamics, impressively low kerb weight and svelte looks make for a compelling proposition.

The Lexus GS has graced the pages of Green Car Guide for a number of years, but thanks to the performance hybrid approach Lexus has never truly explored the fuel consumption potential of the system, preferring to benchmark fuel economy against petrol rivals and turn the wick up than chase after diesel figures and dilute the performance. That is until now.

The 300h has very clearly been designed to take the fight to diesel rivals with fuel economy, performance and price all mimicking the front-running German offerings. Lexus has long claimed that its petrol/electric hybrid system can do everything that a diesel can, and the repost has been ‘prove it’. It appears that it does pay to be careful what you wish for, as on paper the 300h is up to the task and most surprisingly this includes the list price.

To extract better fuel economy there have been some big mechanical changes. Out goes the 3.5 litre petrol engine and in comes a 2.5 direct injection unit which produces a restrained 178 bhp. This is supplemented by a detuned electric motor which produces an additional 140 bhp providing a very favourable total system output of 220 bhp. Drive is still transmitted to the rear wheels through a CVT gearbox which as ever is great for fuel economy and frustrating if you are pressing on.

So the Lexus can beat diesel rivals for pure grunt but what about torque? The petrol engine can’t get close, with 163 lb ft at a lofty 4200 – 5400 rpm it won’t see which way the competition went. But as ever with hybrids, that’s only half the story. The electric motor comes to the rescue once more, with a handy 221 lb ft available from idle it fills in the gaps excellently and keeps the GS 300h in the race.

The GS remains exquisitely finished and arguably is better suited to the lower output system as it is competent to drive rather than razor sharp. The 300h is no more expensive than diesel rivals, has competitive fuel economy and thanks to petrol emitting less CO2 than diesel, falls into VED band B and attracts substantially lower company car tax. It also has the advantage of emitting no PM and very little NOx for which diesel rivals need to resort to expensive exhaust after-treatment. The GS still isn’t perfect but the 300h is a good enough package to make you think twice before ordering a diesel rival. It seems that Lexus wasn’t joking after all, petrol hybrids really can take on diesels at their own game.

Hybrid Cars – The Vehicles of Tomorrow

How to Find Used Cars For Sale By Owner: Your Top Options Reviewed 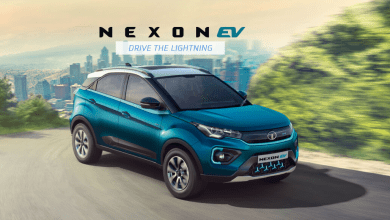