The APL T20 Championship is a grass root level cricket initiative to discover budding cricket talent from all major Asian Countries. The Championship is open to all young cricketers. It is a professional league for Twenty 20 cricket competition in Asia.

The inaugural edition of the APL T20 (Asian Premier League T20) is commencing from 19th June 2017 to 4th July 2017 along with one reserve day. All the matches of APL T20 will be played at International Venue Nepal. APL T20 is featured with 6 Countries Franchise teams. Total 19 matches will be played at the same venue.

Respect: APL T20 aims to assemble the culture of Cricket

– with an honor for Sports, Sportsmen, and the core idea of sport.

Vision: The true vision to start the Asian Premier League is to bring the hidden talent and APL T20 purely focuses on encouraging and motivating the players to show their real spirit of winning on the ground.

Mission: Cricket is one of the playing sports all over the world. In Asia, there are the millions of Cricket players have the ability and potential to play on an International level, But due to the lack of opportunities and exposure, their talent remains hidden. In Asian cricket is a religion. Asian Cricket Foundation (ACF) is committed to provide a big platform for the young cricketers and to provide them with an opportunity to serve the country through their cricket talent.

ACF is strictly on a mission to provide good cricket infrastructure and platform to young players of Asian Countries.

Inspiration: APL is providing the opportunity to play under the guidance of international players.[divider]

The format of APL T20

No of Teams = 6: The League will initially comprise 6 (Six) International teams franchise and shall showcase the Twenty 20 format of cricket.

No. Of Matches = 19: The 6 teams will battle out each other in 15 (Fifteen) league matches where every team will play once with every other team. The top 4 (four) teams will have 2 (two) semi-finals amongst themselves and their respective winners will qualify for the final and rest two loser teams of the semi-final will be playing for 3rd position.

Live Telecast Partner: All the matches will be live telecast on Sony Six.

The venues Of APL T20 Inaugural Edition was at Nepal. The matches are governed by the ICC Law. The league reserves the right to increase the number of franchise or venue at any time. 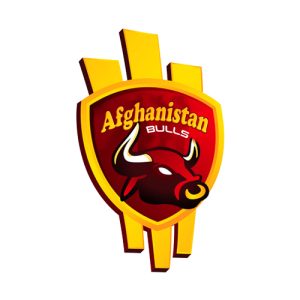