According to the official listing, the high-end M1 iMac 2021 offers an additional GPU core, two extra USB-C ports, Touch ID, Gigabit Ethernet, and more color options over the base model. What it doesn’t reveal is that the two variants come with different cooling solutions as well. Thus, they are certain to hit different performance levels even though Apple doesn’t advertise them as so. Let’s discover the performance gap between base vs high-end M1 iMac.

M1 iMac: Base vs high-end variant

Apple has not been open about the difference in cooling setup between the two configurations. Every electronic device converts some portion of the energy it draws into heat. This heat, if not dissipated properly, can eventually limit the performance of that device.

Here, the cooling mechanism on the base variant consists of a single fan and a heat sink. On the other hand, there are two fans of the high-end model. In addition, it also has a heat pipe for effective heat transmission.

Thus, though both iMacs have the revolutionary Apple M1 chip underneath, the base model will not be performing to the level of its more expensive sibling. To demonstrate the difference between the two, YouTuber Max Tech performed a series of tests, which we have discussed in detail below.

As the table reflects, there is not much difference between the two devices here. This is expected, as Geekbench does not push the machine to its limits.

Here, the performance difference is around 10%.

Unlike 3DMark Life Extreme, this test lasts longer and puts more stress on the GPU cores. Even before the test, the core temperature of the base model was higher than the high-end model.

During the test, it was apparent that the base variant was running hotter, with its temperature reaching up to 91º Celsius. The fan was also operating at its max capacity, whereas the ones on the high-end were barely above idle.

Thus, if you plan to run graphics-intensive tasks for a long period on the M1 iMac, thermal throttling brings down the performance on the base variant, whereas this won’t be much of an issue on the high-end variant.

Moving on, Cinebench R23 puts 100% load on the CPU cores and as CPU tends to draw much more power than GPU, the difference between the two variants is clear here.

Starting off, the dual-fan setup is much more effective as it keeps the CPU cores at 88º Celsius at half its maximum capacity. On the other hand, the single fan solution, even at its full speed, reaches 94º Celsius. Thus, it suffers from throttling.

The high-end variant scored 7,722 points in this test with its CPU operating at 3.2GHz the whole time. In contrast, the CPU on the base model could only hit 2.5GHz resulting in 7,002 points.

As you can see from the table above, you will be getting better performance when it comes to tasks like photo editing and video editing with the high-end model too. In addition, it will run quieter and cooler than the base model.

To conclude, if your workload consists of heavy photo/video editing, 3D rendering, and so on, getting the high-end iMac makes more sense. It costs $1,499 and $1,699 for 256GB and 512GB storage, respectively.

However, if you do not do such intensive tasks on your computer, then the base iMac will do just fine—if you are also okay with other limitations as mentioned on Apple’s website.

A Guide to the Different Types of Dollies

9 Benefits of Owning a Franchise 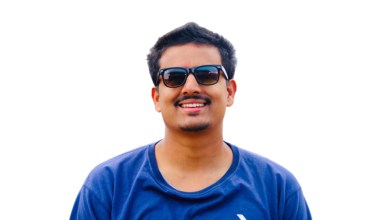