Historical documents related to Nepal from all over the world can now be viewed, read and listened online. For that, Nepal Archive.org website is being created.

Digital archives of all Nepali archives around the world will be kept in the Nepal Archive. This will make it easier for anyone to study and research on any subject related to Nepal.

He said that Nepal Archive is being developed with the aim of making anyone from all over the world understand the history of Nepal or anything else.

Ajay Mani Poudel from Kathmandu, who studied computer science, has been working in the Nepal Archive for the past three years to save the Nepali language, preserve Nepali history and let the world know about Nepal’s history. He has set up an NLP (Natural Language Processing) hub to work on language.

Poudel informed ICT News that historical documents of Nepal, archives from various Vedic periods to Lichhavi period will be kept in Nepal Archive.org. He plans to operate the Nepal Archive as an open source platform.

Some friends have helped Poudel in this project and some have done internship. However, his friends have also helped him in some work.

Nepal Archive has been working for the past few years. “We are preparing to make it public soon,” he said.

Anyone can come to Nepal Archive and upload something. He said that he would accept it after verifying whether it was copyrighted or not.

They are preparing to make a mobile app together. If a record is found somewhere, after taking a photo of it from the app, the app itself will show in what language it is written, in what script and when it may have been written.

For that, they have created a database. The details kept in the app will be uploaded in Nepal Archive. He said that everyone will be informed about the archives kept from the app and it will also be safe.

The mobile app will be made public shortly after the Nepal Archive is made public. Poudel also told about the mobile app in the National Archives. He informed that there was a commitment to help from there as well.

The archives collected by Yogi Narharinath will also be kept in Nepal Archive. Books that are not copyrighted are being uploaded.

“There is an international law that does not apply to copyright 50 years after the author’s death,” he told ICT News. We are keeping everything. ‘

They have also visited various temples and brought photos of the archives there. According to Poudel, there is also a plan to put 3D imaging in Nepal Archive later. All non-copyrighted photos, videos, audios and books will be kept in Nepal Archive.

‘We have a very large amount of data in terabytes. Someone would have given us a place to keep the data, ‘he says.’ Professors from the Austrian Academy of Sciences and Oxford University have said we can help. It would be better to keep data in Nepal than abroad.

“It would have been better if someone had given us a place to keep data in Nepal,” he said. The work of keeping records has reached its final stage. It will be made public soon. ‘

He said that he would not seek help from NGOs for this. According to Poudel, assistance can be sought from the university. He is of the opinion that the university will be more academic and it will not make any difference to get help from there.

He said that he would also keep a backup of the data. His dream is to make Nepal Archive like the American International Library Archive.org. Nepal Archive can be used by opening a free account.

It will also be included in the list of contributors to the Nepal Archives. The Nepal Archive will initially be available in Nepali and English. Later other languages ​​will be added if necessary. 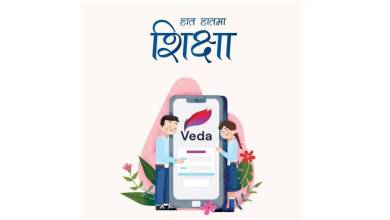 One hundred rupees for sharing the experience of online class by making video, additional prize including laptop to the winner

Moving Abroad: What You Need to Know