Non-fungible tokens (NFT) are being discussed these days. Launched to digitize its work, NFT is now becoming a better investment opportunity for those who buy and sell digital content.

NFT is a digital asset that can be in the form of images, audio and even some tweets. This allows the original creator to sell their content on the blockchain. In particular, creators sell etherium and can also benefit from the secondary market if resold. Etherium is a blockchain platform with its own cryptocurrency.

An ether was trading at Rs 355,000 on Thursday, which means it has earned around Rs 37.6 million from the entire transaction. He doesn’t even have a bank account yet, which is why he keeps the money in crypto.

‘Weird Wells’ is Ahmed’s second attempt to make an NFT. He started by creating artwork in Photoshop, which he later converted into NFT. After creating 40 images, he realized that it took a lot of time and effort and learned the easy way to make NFT with the help of Python script with his father Imran Ahmed.

Her father is the head of web engineering at the London Stock Exchange. He taught Benjamin how to code. He continued to study at NFT and found ‘Boring Making’ which is also an NFT collection.

Using the code derived from ‘Boring Banana’, Benjamin was able to create 3,550 ‘Weird Wells’. Vile Ahmed, a member of Digital Exploration at Boring Banana, was sent the code to create the NFT collection.

He customized it in his own way and shared the process of how he did it through his Twitter account. He tweeted that he was able to do this in 12 years and it was also tweeted by ‘Boring Banana’.

Benjamin’s sales were boosted by the large number of followers of ‘Boring Banana’. He unveiled ‘Weird Wells’ on the Etherium blockchain on July 19 and sold out within nine hours. He kept the minimum price of his project at 0.025 as most of the projects were being sold at 0.08 Ethereum and he kept the price lower than others.

Her father was reminding her not to be discouraged because at first we could only sell one or two, and all her NFTs were sold. He is still making a profit as a commission as he is the original creator. He has been taking 2.5 percent commission and so far 1,000 etheriums have been resold.

Although coding has been very successful, for Ahmed it is not a job but a hobby. Her father used to code at home sometimes when he came home from the office. She and her brother watched her father and at the same time her father brought a laptop for both of them and started teaching coding.

Both brothers were very interested in it and his father used to tease Ahmed saying thank you for teaching you coding after 20 years. But it took less than 20 years to complete.

Even when traveling, Benjamin and his brother used to sit on their laptops in the evening, coding. The Ahmed family never imagined it would be a business venture and would only take it as a learning process.

Benjamin’s Benoni also has a YouTube channel where he shares his coding journey through a game called Code Wars. He always believes that he should follow only what he wants. The Microbiome and Mental Health 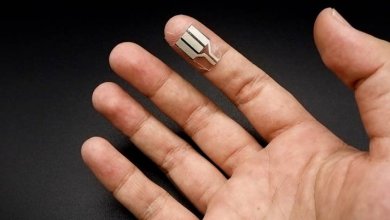 What To Do After a Car Accident