Have you downloaded the Clubhouse app? If so, you must have seen a ‘portrait’ of a woman in the logo of the clubhouse.

Why did the world famous app put a picture of a woman in its logo? Who is she This may be a curiosity in the minds of many.

The woman in the clubhouse logo is Drue Kataoka. He is a well-known Asian American artist and campaigner. He is a visual artist, technologist and social activist.

His mantra is, ‘Technology is an art and art is a technology’. She is the first visual artist and Asian American woman to be used in the app and the eighth person to be selected for the position.

Kataoka is also an early user of this app. She has been associated with this app since March, 2020. She will remain in the logo of the app for a few more weeks.

At the Club House, he met the CEO of The King Center, Dr. In collaboration with Bernice King, she managed to raise more than a million dollars for the hashtag Stop Asian Hate #StopAsianHate and the hashtag Twenty Four Hours of Love # 24HoursofLove.

The hashtag Stop Asian Hate raises its voice against racial discrimination. She is also urging the app’s leadership team to bring a feature to the clubhouse that allows money to be given to any campaign or non-profit organization.

As news campaigns against discrimination against Asians in the United States continue, Clubhouse has made the right decision to include an Asian American visual artist and campaigner in the logo at the right time, according to international news outlets.

Kataoka, using her nearly 700,000 followers, is speaking out against the Asian-American identity, hate crime and racial prejudice. She has also managed to raise 90,000 dollars for the Asian American Federation.

She wants to use the clubhouse to bring about positive change in society. “It’s up to us to make social media as effective and useful as possible,” he said.

Born in Tokyo, Japan and raised on the west coast of the United States, Drew Kataoka’s father is Japanese and his mother is Caucasian American. Katao is also known as a cultural leader and young global leader of the World Economic Forum (WEF).

He is one of the few artists to have a solo exhibition at the annual event of the World Economic Forum in Davos.

She has addressed the WEF four times on the official agenda and has attended meetings in Beijing, Tokyo, Yangon, Ulaanbaatar, Buenos Aires, Eris, Puerto Vallarta and Geneva.

She has also created a logo for the World Arts Forum. She was also a keynote speaker at the Milken Institute Global Asia Summit and the Kudwa Summit in Abu Dhabi.

Leading the world’s top art studios, Kataoka has been promoting artists from all over the world.

Now his art is famous in five different continents and more than 30 countries. She also covers science and technology in her art.

Her work will also be included in the upcoming non-fungible program. She has brought a good mix of art and technology to the world.

She had previously sent her artwork into space to organize the first zero-gravity art exhibition on the International Space Station.

Kataoka has further highlighted the app’s potential for social change. She is also working on domains such as women’s rights, infant mortality and international activism.

Kataoka also founded The Art Club, the oldest clubhouse for artwork. That club now has 97,000 followers. 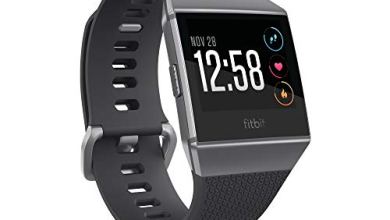 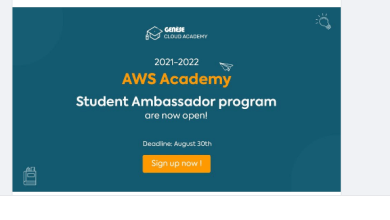 Applications are open for 2021-22 under the AWS Academy Student Ambassador Program. 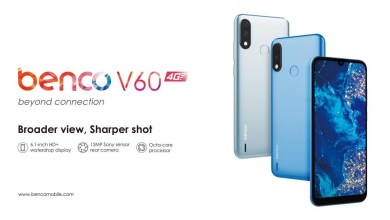