The ‘Selfie with Daughter’ campaign is related to the incident involving Sunil Jaglan of Bibipur, Haryana, India.

He started the campaign against Vedbhav with the unpleasant experience of his daughter Jammida. Today, India and Nepal are popular in many countries of the world as a campaign called Selfie with Daughter.

Taking a selfie with your daughter is a fun and happy thing in itself. This campaign started from India has also been formally launched in Nepal.

What do we have today? We are discussing how it started and how to participate. In 2012, Jaglan’s daughter was born. After the birth of her daughter in the hospital, the expression on the nurses’ faces made Jaglan feel pain.

According to her, the nurse’s behavior was not good when the daughter was born.

When the baby was about to be discharged from the hospital, he gave the nurses 2,000 rupees to buy sweets, but the nurse refused to take them.

“If we had a son, we would have given Linthim, but because we have a daughter, we have to pay only 100 rupees,” he said.

This incident made him deranged. This thought in the hospital nurse made her suffer from the idea of ​​discriminating against her daughter.

After that, he started a campaign to eliminate discrimination against his daughter in the society.
According to Sunil Jaglan, one day his daughter was taking a selfie on her mobile phone and Salman Khan’s song ‘Selfie Le Le Re ….’ was coming on TV.

Selfie was becoming popular among everyone. From the ordinary young generation to the Prime Minister, selfies were affected.
That selfie had already touched Jaglan’s mind.

He took a selfie with his daughter on June 9, 2015 and posted it on social media.

He declared it a competition. “Three good selfies taken with my daughter will be rewarded,” he announced on social media. Her announcement went viral.

According to Sunil Jaglan, there is a special reason behind this campaign.

He also supported the ‘Save the Daughter’ campaign launched by the Indian government in 2012.

The success of the ‘Selfie with Daughter Campaign’ was also hailed by the Prime Minister of India Narendra Modi and the then President Pranab Mukherjee. Modi and Mukherjee helped bring the campaign to the public forum.

‘Selfie with Daughter’ is a campaign started by Sunil Jaglan of India for selfie sexual equality with daughter. This campaign has received a lot of attention in India.

Millions of selfies from more than 70 countries have been collected on the website of Dhadhan.

Nepal has also started this campaign carrying the essence of women empowerment and gender equality. The campaign has been jointly launched by Selfie with Daughter Foundation of India and Nepal Internet Foundation.

The campaign started by Sunil Jaglan from Bibipur, Haryana, India is now gaining popularity in various countries. The Selfie with Daughter campaign is believed to add a smile to girls’ faces as well as radically change attitudes such as discrimination against women and gender inequality.

The campaign is expected to make some positive changes as domestic violence against women increases during the epidemic. This new campaign is believed to ensure the importance and rights of daughters. In the Selfie with Daughter contest, she participates in the competition by taking selfies with her daughter.

It competes for the title of ‘Best Selfie’. Selfies participating in Selfie with Daughter will also be rewarded by dividing them into first, second and third categories.

At the same time, the most active volunteers will be selected for the ‘Ambassador for Selfie with Daughter’ campaign for Nepal this year.

To participate in this campaign, you have to take a selfie of your daughter laughing and post the hashtag Selfie with Daughter on social media. Selfie with daughter.in can also be posted on the portal or sent to WhatsApp at 9801000044. 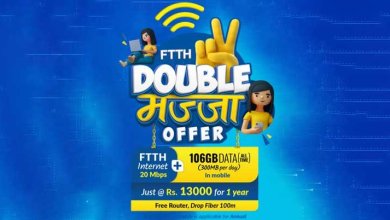 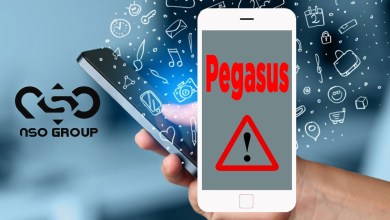