“Where did I come from? I’m stuck. It’s a voice heard in a video call on Facebook Messenger one morning.” That voice belonged to none other than Bharatnath Yogi, an accountant working at the District Police Office, Darchula.

He had reached Chhangru five days ago to inspect the Nepal Police building and Tinkar police post to be constructed in Chhangru.

No one could be reached by phone since he reached Chhangru. In Chhangru, only the Armed Police have landline phone service. Sky phone service in Chhangru has been blocked since last November.

Snow has damaged most of the contents of the diameter Sky Phone tower. It’s been more than seven months since the phone broke down. Hello, the tower is half built.

Vinet sometimes works to spend time with the locals and the armed police in Changru. That too has been a problem for two days.

The yogi said, ‘There is no phone, no internet, no place to go. It has become difficult to live, it is constantly raining. It was as if he had arrived in vain. ‘

Not only him, the citizens of Tinkar have not been able to contact Kuncha Sarayata by phone last April. Even though Vinet sometimes works in Chhangru, Tinkar is completely disconnected. Even if a sky tower is built in Tinkar and Chhangru, the phone does not work.

Not only the locals but also the security personnel have been suffering due to the ineffectiveness of the phone in Ward No. 1, Changru and Tinkar of Beas village in the border area of ​​Nepal, India and China.

Due to the continuous rain, there are problems in two landlines of the Armed Police Force. “The phone doesn’t work without sunshine,” said an armed police officer. The solar system has not worked due to lack of sunshine. Vinet didn’t move for two days and became very active. ‘

Phone service operations in this area are still uncertain. “A team of technicians is preparing to operate Nepal Telecom’s Sky Tower but there is no way to go,” said Krishna Bahadur Gurung, chief of Telecom Darchula.

Roads are blocked on both sides of the Nepal-India border. Passes have also been made to go through the Indian route. There is also a road block in the sanctum sanctorum due to a landslide last Tuesday. It is not possible to go to Nepal.

The area above Kalju is completely blocked. He said that it was not possible to walk for more than four days during the rainy season.

“Those who have access to the internet have been able to contact outside,” said Yogesh Bohara, a local resident of Vyas.

Even Chhangru’s Sky phone doesn’t work in Tinker. The locals who have gone here have been struggling to get in touch with their relatives even if they have any problem.

Telecom Darchula has stated that the remaining work of the tower could not be connected in this area. The Namaste phone tower, which is being built in Chhangru, will be operated with Forge service. 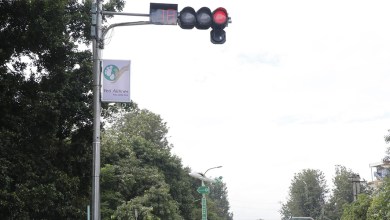